Sexual Ideology in the Works of Alan Moore: Critical Essays on the Graphic Novels 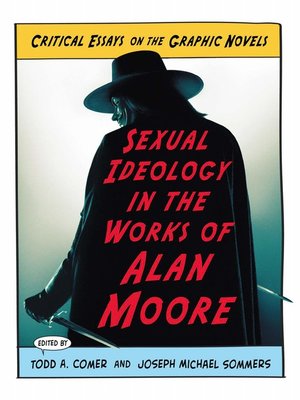 Alan Moore, the idiosyncratic, controversial and often shocking writer of such works as Watchmen, The League of Extraordinary Gentlemen, and V for Vendetta, remains a benchmark for readers of comics and graphic novels. This collection investigates the political, social, cultural, and sexual ideologies that emerge from his seminal work, Lost Girls, and demonstrates how these ideologies relate to his larger body of work. Framed by Moore’s insistence upon deconstructing the myth of the superhero, each essay attends to the form and content of Moore’s comics under the rubric of his pervasive metaphor of the “politics of sexuality/the sexing of politics.”

Terror and the Cinematic Sublime: Essays on Violence and the Unpresentable in Post-9/11 Film This collection considers film in the aftermath of September 11, 2001. Eleven essayists address Hollywood movies, indie film, and post-cinematic media, including theatrical films by directors such as Steven Spielberg, Darren Aronofsky, Quentin Tarantino and Spike Lee, and post-cinematic works by Wafaa Bilal, Douglas Gordon and Peter Tscherkassky, among others. All of the essays are written with an eye to what may be the central concept of our time, the sublime. The sublime–that which can be thought but not represented (the “unpresentable”)–provides a ready tool for analyses of trauma, horror, catastrophe and apocalypse, the military-industrial complex, the end of humanism and the limits of freedom. Such essays take the pulse of our cultural moment, while also providing the reader with a sense of the nature of the sublime in critical work, and how it continues to evolve conceptually in the 21st century.

What Comes After Occupy? The Regional Politics of Resistance

Thanks to Amy Drees, Defiance College, for the great cover design. Thanks to Jacob Gallman for the image at the bottom of the cover.

Occupy Wall Street, as centered in New York City, received much publicity. Little attention, however, has been granted to the hundreds of Occupy groups in marginal locations whose creative politics were certainly not limited by the influential example of Occupy in Zuccotti Park. This volume rectifies this oversight, with thirteen essays critically addressing the politics of occupation in places such as Indiana, Oregon, Texas, Ohio, Pennsylvania, Montana, and California. It initiates an interdisciplinary and critical discussion concerned with the importance of the ‘local’ to contemporary politics; the evolution of Occupy Wall Street tactics as they changed to fit differing, non-spectacular contexts; and what worked or did not work politically in various contexts. All of the above is designed to inform and improve that as-of-yet-unnamed movement which will come after Occupy. Boasting scholars from sociology, English, anthropology, peace studies, and history, the volume is divided into three major sections: Occupying the Local: Promise and Predicament; Occupying Space and Borders: South, East, and West; and Occupying the Media: Local, Regional, and National Dilemmas.